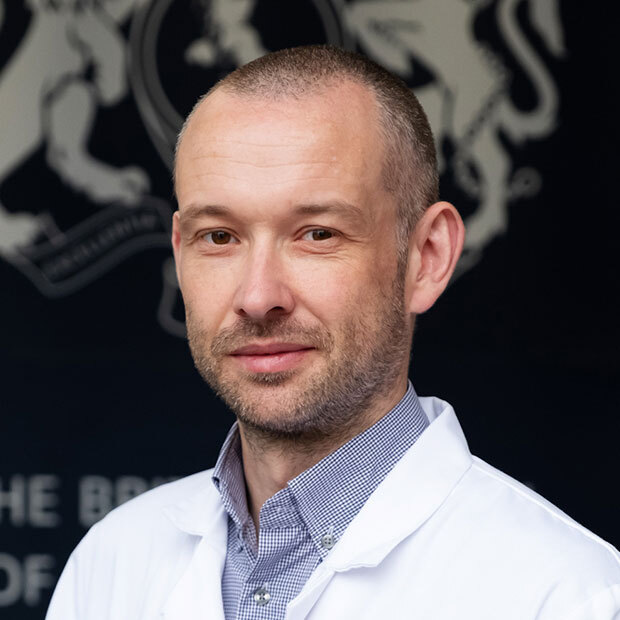 James initially pursued a career in mechanical engineering, obtaining both academic and vocational qualifications in this field. He then transferred these skills to watchmaking in 2004 when he began working for a luxury retail group in South Yorkshire. During this time, James gained the British Horological Institute Certificate in the Repair, Restoration and Conservation of Watches.

James spent several years working as a watchmaker for the group, ultimately becoming responsible for the running of one of its busy and profitable workshops. During this time, he gained vast experience working with a wide range of contemporary luxury brands, in addition to the restoration of many vintage and antique timepieces.

James initially joined the school as a Lecturer in 2011 before becoming General Manager in 2016. During his time at the school, extensive teacher training and additional courses at WOSTEP in Neuchâtel, Switzerland have been completed. 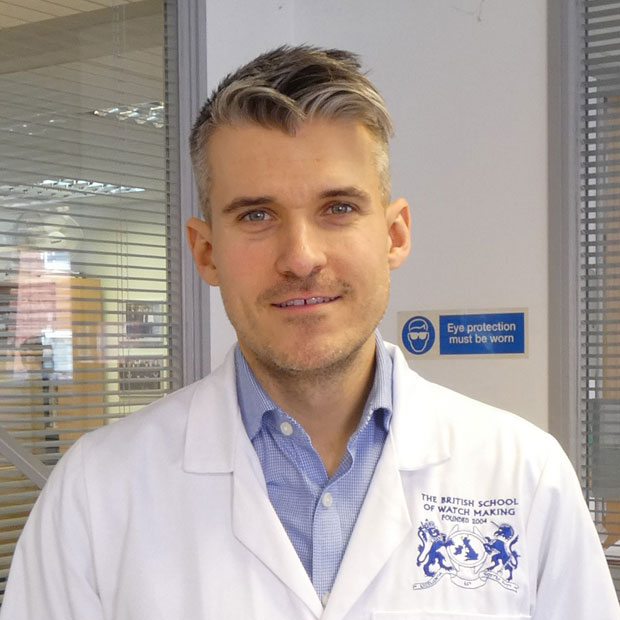 Brian graduated from Birmingham City University in 2007 gaining the British Horological Institute Certificate in the Repair, Restoration and Conservation of Watches. Following his graduation Brian secured employment in the Birmingham area as a watchmaker.

Since joining the school as a lecturer in September 2016 Brian has successfully completed teacher training and many additional watchmaking courses at WOSTEP in Neuchâtel, Switzerland. 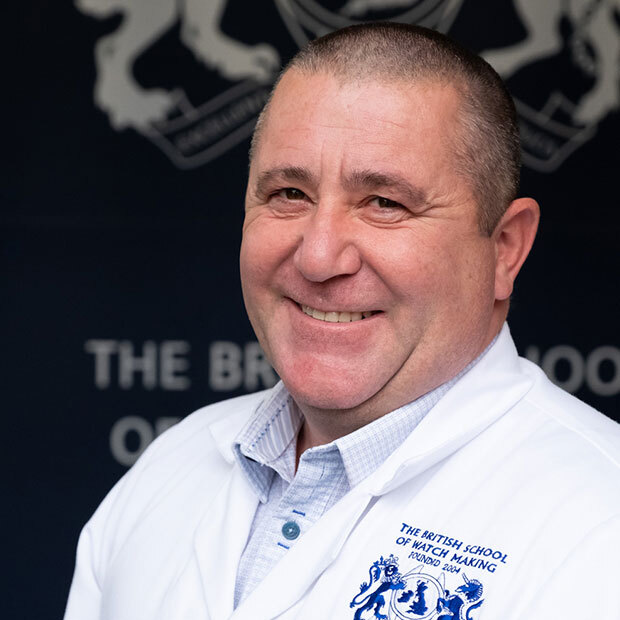 With a healthy interest in watches from an early age, Tom completed a qualification in watchmaking immediately after leaving school. Since then Tom has enjoyed a successful and varied career spanning more than three decades.

Tom’s first role saw him working in a busy watch workshop. After several years this progressed into a supervisory role before moving on to a similar role at LVMH in their Manchester Service Platform. Tom then moved to Goldsmiths where he became a regional manager, responsible for the management of seven of their workshops in the North West. With a wealth of knowledge and experience from all facets of the UK watch industry Tom now takes great satisfaction in training the next generation of UK watchmakers.

Since joining the school in 2008 Tom has undertaken comprehensive teacher training and additional courses at WOSTEP in Neuchâtel, Switzerland.